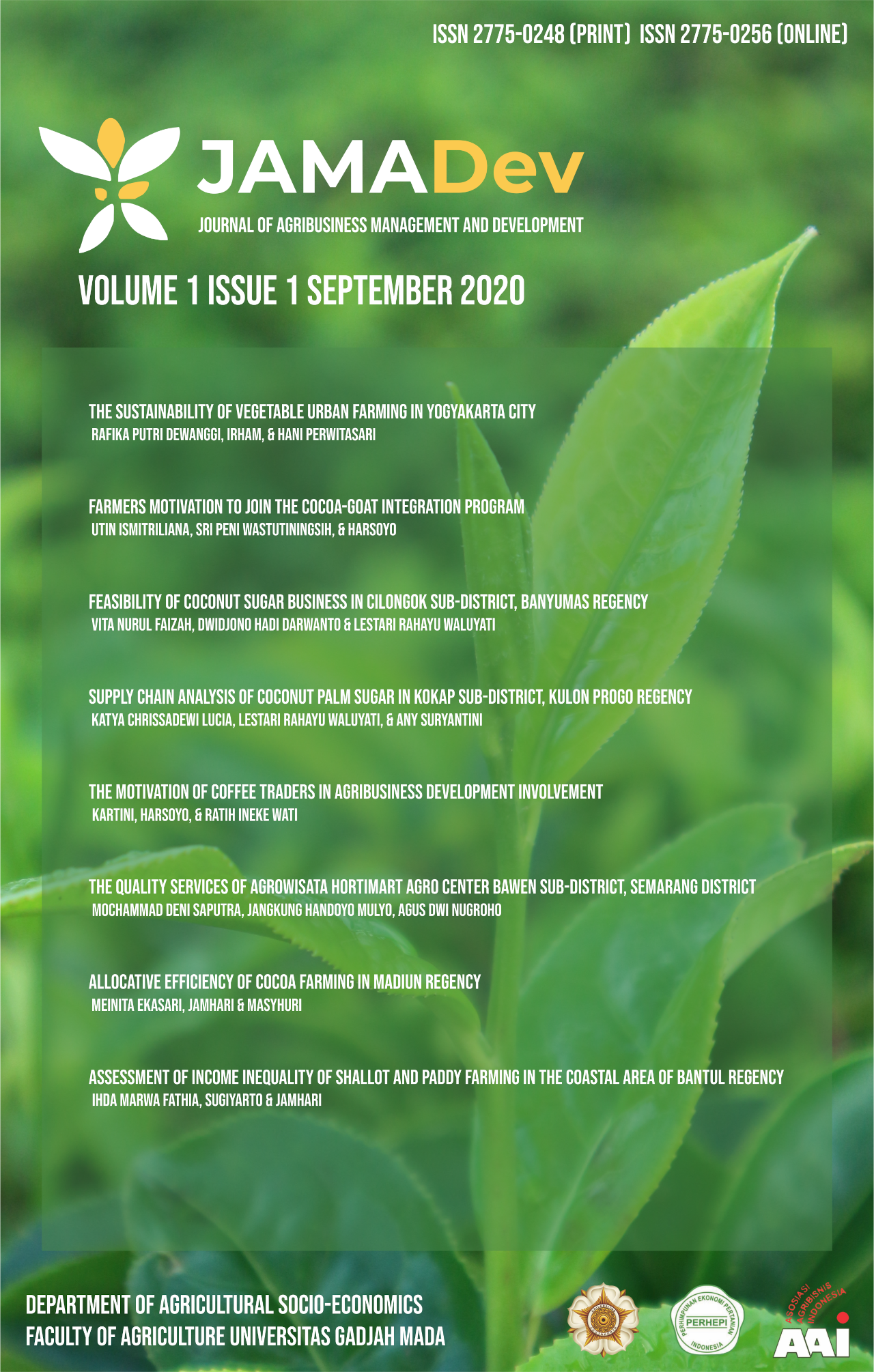 This research aims to determine the feasibility of processing coconut sugar in the sub-district of Cilongok and to analyze factors that influence coconut sugar production in the sub-district of Cilongok. The primary method of this research is the descriptive-analytical method. The research location was in the sub-district of Cilongok, Banyumas Recency, which has a relatively high potential for coconut sugar to be developed. The selection of locations used the purposive sampling method because the Cilongok sub-district is one of the coconut sugar-producing centers in Banyumas. As many as 60 respondents were gathered by using the purposive sampling method. The data used in this research are primary and were collected through observation, interviews, and recording. The business’s feasibility was analyzed by the R/C ratio, π/C ratio, and Breakeven Point (BEP). Factors that influence production was analyzed by regression analysis. The result showed that the coconut sugar business worth to be developed based on efficiency business analysis, capital productivity analysis, labor productivity analysis, and Breakeven Point (BEP) analysis. Factors that positively affected the coconut sugar production are the number of coconut trees diluted and the workforce, while the negative factor is the fuel used.