This study aims at looking at the correlation between the ability to play a symbolic and verbal language skills in children’s Theory of Mind. Then, the study involved subjects as many as 49 children in the kindergarten in Yogyakarta. The age range of children involved in the study was 46- 61 months. The average age of children was 54.551 months with comparison subjects by sex was a boy of 20 people (40.81%) while girls were 29 people (59.19%). Data collections were conducted through a research-contents false belief task, audiovisual recordings while the children play in pairs, rating on Smilansky Scale for Evaluation of Dramatic and Sociodramatic Play (SSEDSP), and the Wechsler Preschool and Primary Scale of Intelligence (WPPSI) on verbal subtest. Data analysis using binary logistic regression analysis techniques. The results of the analysis of the major hypotheses using Omnibus Test of Model Coefficient with scores of Chi-square=10.394, p=0.006 (p<0.01). These results indicate that there is a very significant overall model proposed in this hypothesis. Thus, it can be concluded that the symbolic playability and verbal skills can predict Theory of Mind in very significant way. 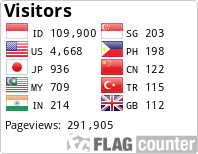 How to cite item