https://journal.ugm.ac.id/v3/jieb/index
Journal of Indonesian Economy and Business
by Faculty of Economics and Business, Universitas Gadjah Mada 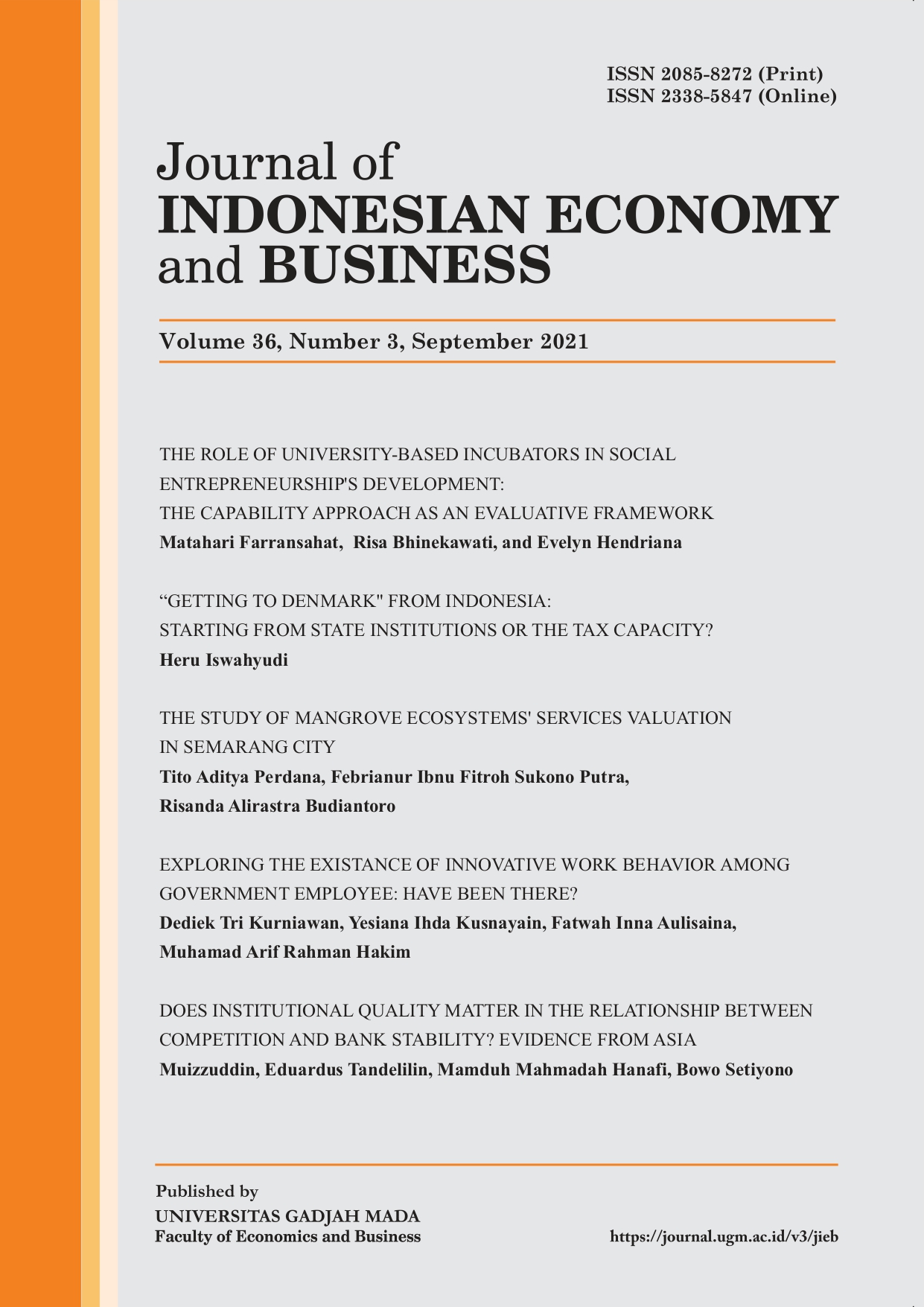 This work is licensed under a Creative Commons Attribution-ShareAlike 4.0 International License.

Upon acceptance of an article, authors transfer copyright to the JIEB as part of a journal publishing agreement, but authors still have the right to share their article for personal use, internal institutional use, and for any use permitted under the CC BY-SA license

Does Institutional Quality Matter in the Relationship Between Competition and Bank Stability? Evidence from Asia